This battle simulator will strike you with its simplicity and realistic physics. Basically, it’s a fight between two teams of human models – blue and red. A fight staged by your rules! You can simply throw them into a furious battle with bare fists or equip your armies with a wide range of weapons, including swords, bows, and even cannons. Finally, there is even an option to use battle-chickens – yes, you read it correctly –  that will greatly increase your chances in the upcoming confrontation! Isn’t that hilarious?

To make it clear, you don’t actually control the characters on the battleground. The battles are conducted automatically. Instead, you simply choose the type of units and arrange the troops according to your strategic plan. Then all you have to do is press the start button and there you go! The fight will unfold right before your eyes, based on the tactics you chose for your brave soldiers. That means you’ll be able to analyze your mistakes and avoid them when it comes to the next armed conflict. And although the warriors look more like rag dolls than people, it doesn’t make the sight any less thrilling! The game is currently in development, but it’s possible to sign up for the alpha version. 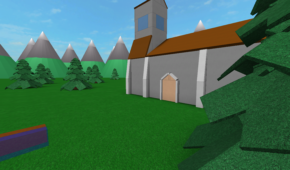